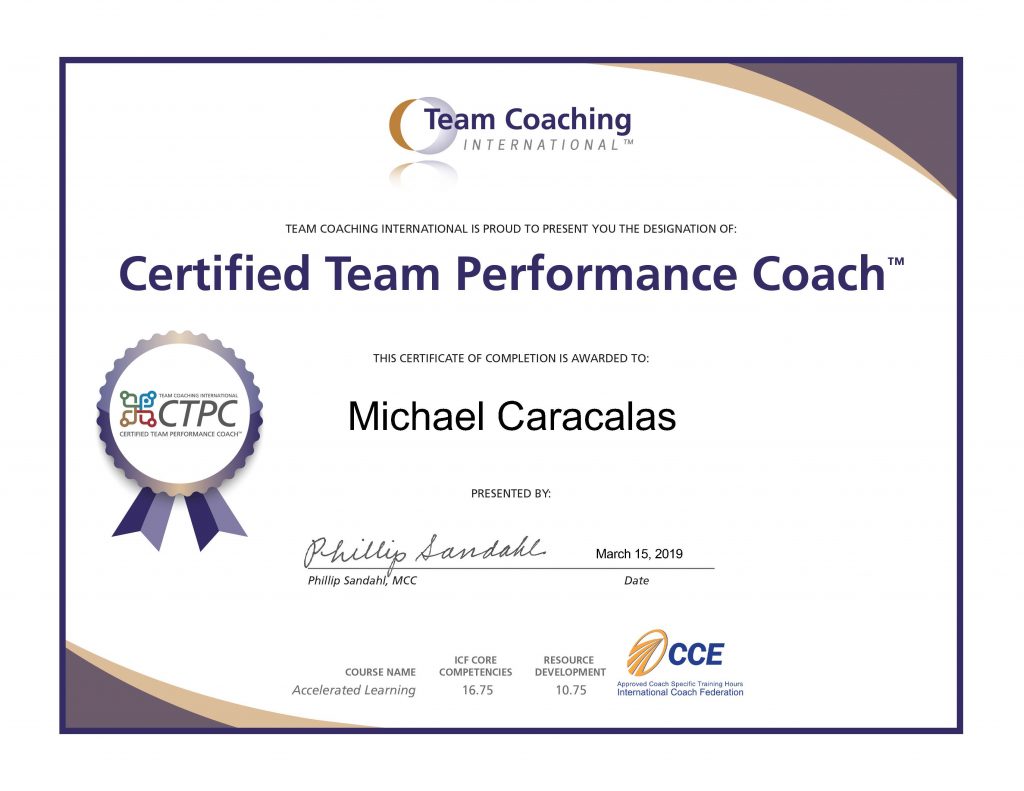 Over the past two decades, Executive Coaches have become much more common in the corporate world. I should know, I’ve been around and worked with such coaches since the mid 90s, and eventually (8 years ago) became one myself.

But most results in organizations are not produced by executives. When it comes to actually accomplishing results, teams are most important.

Teams are far more complex than a group of individuals, yet most teams still focus on the individuals when trying to get better.

As a Certified Team Performance Coach (CTPC), I work with the team as a living system. I use an assessment that measures the performance of the team as a system, rather than as an aggregate of individuals.

The effectiveness of your team is not the sum of the individuals on the team. Team effectiveness is the result of several variables that interact in a systemic way to create a high—or low—performing team.

How effective is your team?

Would you like to measure your team for free?