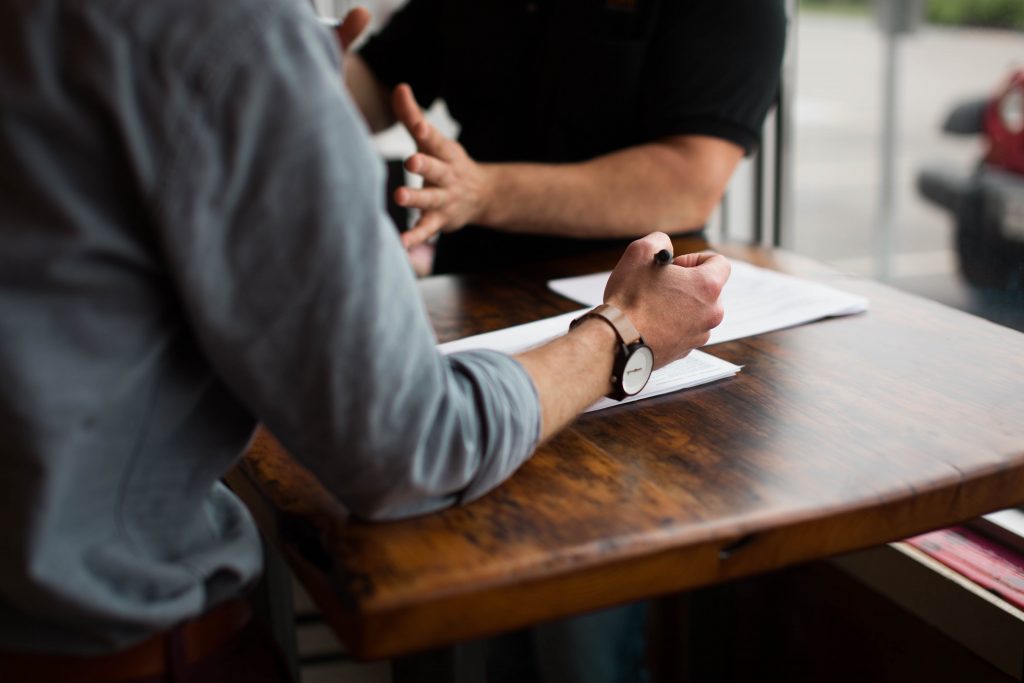 It’s ok, there’s no shame in admitting it.  When I interview stakeholders for my leadership coaching clients, one of the most common issues raised is that their boss is a micro-manager.  It’s understandable.  Most executives have gotten to where they are because they are exceptional at what they do and they are driven to succeed.  So when it’s time to get things done through others, they naturally see what needs to be done, how it should be done, and they drive others to do it.

If you recognize that feeling, I understand.  You’re not alone.  It feels imperative that you give people the knowledge and instructions to get it done right.  To do anything less feels like you’re not doing your job.  After all, you’re accountable for the results – or lack thereof – of your people.  You recognize on some level that it’s not good to micro-manage, but what’s the alternative?  You can’t just let people fail when you know what they need to do.

There are 4 steps to follow.  It’s more cyclical than linear, but they do go in this order and none can be left out.

Think carefully about what result, or outcome you want from someone.  Imagine where the journey ends, what it looks like when it’s complete, and communicate that as clearly as you can.  But don’t take away the ownership for how to get there.  That’s not your job.  It’s what you put this person in position to do, and if you tell them what to do and how to do it, you’re doing their job for them!  Your job is to clearly express where you want them to end up.  That can include timing and level of quality, as long as those are also clearly expressed.  Just don’t take on the work of how to get there. I find this is pretty liberating for leaders.  After all, it sucks trying to do everyone else’s job.

The urge to tell someone how to do it can be overwhelming.  You know exactly how to do it, you’ve likely done it yourself before, so why shouldn’t you tell them?  To let go of telling them how to do it feels irresponsible.  But in fact, what you’re doing when you hold on to control is taking the responsibility away from the other person.  When you control the how, you take responsibility upon yourself, and take it away from the person who needs it most!  Your job as a leader is to generate the feeling of responsibility within the person responsible for achieving the result, not take it away.  Letting go of control does not mean leaving the person to fail on their own.  It just means letting go of control.  To do so, you must have faith in this person’s ability to do – or learn to do – what it takes to succeed.  That faith is the foundation of the next step.

Ironically, I often hear the word “coaching” mis-used to mean fixing other people’s performance.  Under that misconception, it would seem natural to tell people what they’re doing wrong and how to fix it.  The problem, as I’ve explained above, is that it’s not a very effective approach.  Real coaching includes two outcomes in the person being coached: Awareness and Responsibility.  The fundamental coaching skills to accomplish that are Asking Powerful Questions and Empathic Listening.  Most people overestimate their ability in these two skills, particularly executives, so investing in yourself to master these skills is critical.  And step 2 above is a pre-requisite.  You simply cannot coach effectively if you hold on to control and don’t put your faith in the person to perform.  When you combine steps 2 and 3, that’s where the magic happens.

This is another phrase I believe gets mis-used a lot.  “Holding someone accountable” does not mean blaming, or firing, or punishing in any way.  There are often consequences for someone failing to perform, but accountability is not the consequence.  It drives me nuts when I hear someone was held accountable, and it means the person was fired.  Accountability and consequences are two separate concepts.  Think of accounting in the financial world.  It means making explicit and visible.  It means establishing the facts.  In the world of leadership, it means creating dialogue with another person about what they’ve accomplished relative to the expectations that were set.  “Holding” someone accountable means creating the space for them to “be accountable.”  It means asking the question and listening.  Consequences, if there are any – and as the word’s definition denotes – come after someone has been held accountable.  If you’ve stayed within the structure of these four steps, the decision to apply a consequence is more likely to be reasonable and fair.

Leading the Way to Results

These four steps reflect a way of leading that empowers and supports  people to succeed.  It’s a liberating experience to let go of having to micro-manage someone and lean into this way of being.  It’s less work for more reward.  It’s less work in the sense that you’re no longer doing the work of other people, and you’re discovering the relief that comes with people being responsible for themselves.  It’s rewarding in the sense that you’ll achieve more – and better – results.  And you’ll find its a more personally satisfying way of engaging with people.  Micro-managing is frustrating.  Coaching to make a positive impact on someone feels amazing.  It’s your choice.